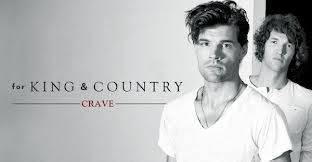 Here’s a little known fact about me: I love Christmas music.

In fact, I love Christmas music so much that I have been known to listen to it in February, as well as the middle of summer, and sometimes even during post-season baseball games. (Yes, Michael Buble, I’m talking about you.)

I love Christmas music so much that I keep running categories of my favorite songs in my mind.  First, there’s Christmas music that’s actually about the true meaning of Christmas.  These songs can all be found in a church hymnal somewhere.  Then, in a separate category there are songs about Santa Claus and his associates, such as Rudolph the Red Nosed Reindeer and Frosty the Snowman.  In yet another category are the romantical Christmas songs by perennial favorites like Karen Carpenter, Mariah Carey, and of course, Barry Manilow. (Is romantical even a word?  If not, I think it should be!) Finally, there’s a category of “Just Because” Christmas songs…”Just Because” I like them, that is.  Think ‘Grandma Got Run Over By A Reindeer’ and ‘I Want a Hippopotamus For Christmas’.   (Although come to think of it, technically both of those could be considered songs about Santa Claus.  I guess since they aren’t very flattering towards the big man in red, I felt the need to put them in a separate category).

For today’s Tuesday’s Tunes Playlist, I thought I would write about the freshly released Christmas tunes from two of my top three current favorite Christian music groups:  For King & Country and the Sidewalk Prophets. For King & Country’s new song is called ‘Baby Boy’ and the Sidewalk Prophet’s song is called ‘Because It’s Christmas’. Both songs were released today, Tuesday, October 16th, 2012 on iTunes as part of the “Very Special Christmas: Bringing Peace on Earth” project to benefit the Special Olympics.

First up, let’s talk about For King & Country’s ‘Baby Boy’.  There’s not much to say, except that I love it!  It has all of the elements of a classic Christmas song:  lyrics with vivid imagery, sweeping vocals, and of course, sleigh bells.  I never would have guessed a song titled as unassumingly and, quite frankly, kind of as boring as, ‘Baby Boy’ would be so good.  That’s one of the reasons I think For King & Country is so fantastic: you can always expect the unexpectedly good from them!  I’ve added the official lyric video for ‘Baby Boy’ to my official Tuesday Tunes Pinterest Board, and you can view it by clicking here.  (The video is, as you might expect, pretty awesome!)  You can also listen to ‘Baby Boy’ on Spotify by clicking below:

Moving on to the Sidewalk Prophets and their song, ‘Because It’s Christmas’.  I think it’s only fair to say I love this song, too!  I really like how this song seems to cut to the heart of what’s really important about Christmas, and it’s not pumpkin pie, standing in long lines at Toys R Us, or any of the other assorted holiday stressors that accompany the end of the year.  ‘Because It’s Christmas’ is positive, it’s encouraging, and it’s consistent in directing all attention heavenwards.  In other words, it’s trademark Sidewalk Prophets, and that’s a very, very good thing.

So, there you have it!  Tuesday’s Tunes for the Week of 10/16/2012.  I’m sure I will get several e-mails from those of you who are not happy that I’ve chosen to write about Christmas music prior to Halloween, but in my defense, Kohl’s department stores have had Christmas decorations up for 2 weeks now so I feel justified in writing one little blog post about Christmas music.  I promise to hold off writing about Mandisa’s new Christmas album, and Josh Wilson’s new Christmas album, and….well, I’ll try to wait at least until after Halloween, but no promises!