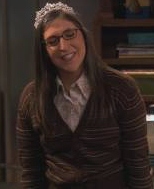 At approximately 4 am this morning, I realized that I am a princess.

I reacted as you might expect, similar to that of Amy Farrah Fowler on the Big Bang Theory when Sheldon gave her a tiara (if you don’t know what that means, you can watch it here. )

Or, to put it in other words, I was pretty darn excited.

Growing up, I was never much of a pretend to be a princess kind of girl; I was definitely more Wonder Woman than Snow White.  It wasn’t until I was much older and a red-headed mermaid/princess by the name of Ariel came on the scene that I began to think that I might be missing out on the whole princess thing.

Perhaps it is because of this that as an aunt to my own little princess, over the years I’ve purchased an enviable wardrobe for her royal highness, Alyssa—several pairs of princess high heels (one for each Disney princess), a collection of tiaras, an assortment of voluminous tulle frocks, and enough jewelry to make the Queen of England jealous of Alyssa’s stash.

It honestly never occurred to me that Alyssa and I are both already princesses.

You see, as daughters of the King of Kings and Lord of Lords, we’re already princesses.

In the eyes of our Heavenly Father, our sins have already been washed away by the holy and blameless blood of the one true prince, Jesus Christ.

Alyssa and I don’t need fancy high heels, boatloads of tulle, or a stash of fancy jewelry to enhance who we inherently are:  daughters of the King, heirs to the Kingdom, princesses bought with a love that has no end.

I’m here to tell you today that you are royalty, too.  Just like me and Alyssa, you are loved and you belong as a child of the King.

So, like Amy Farrah Fowler, get excited and put on your tiara for Christ today.  Be the princess (or prince) you were meant to be.  Live like the heir to the kingdom that you are, being kind and generous in all that you do.  You’re the daughter (or son) of the King!